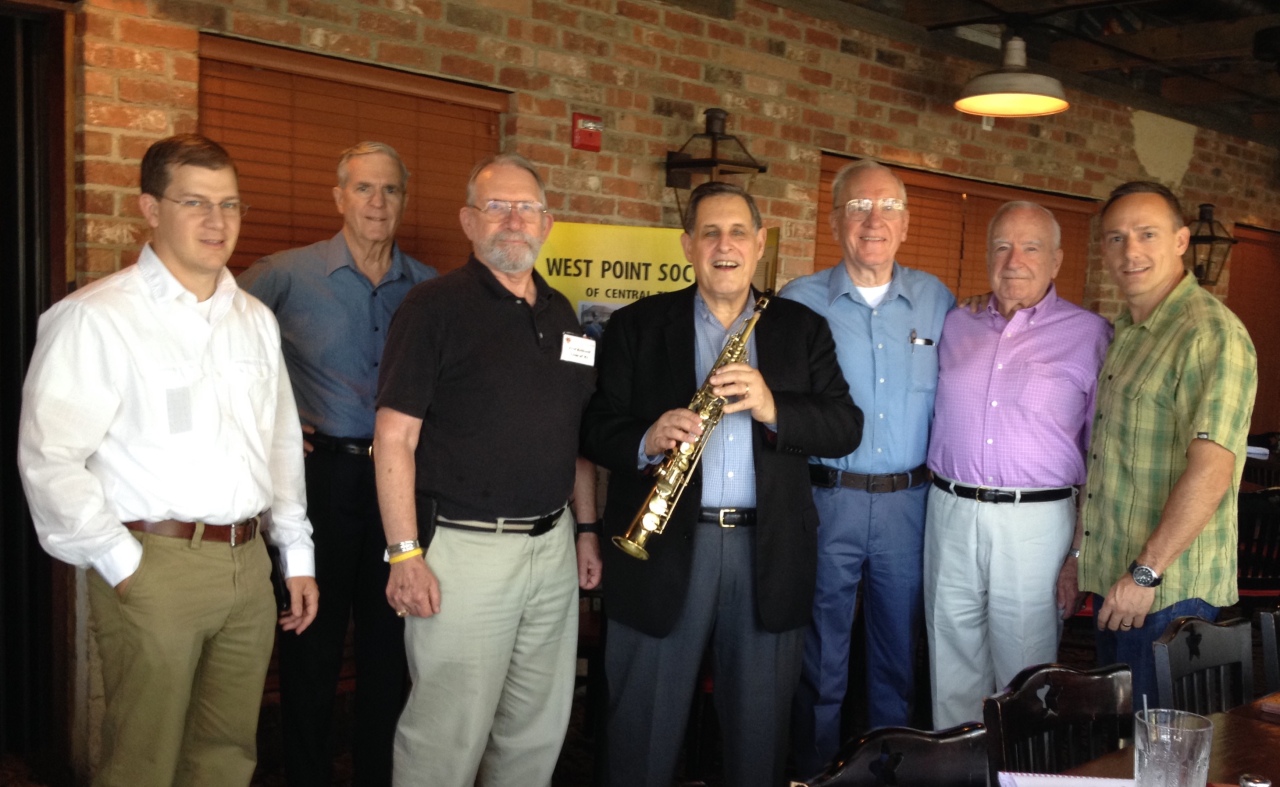 This week, I had the privilege of attending the West Point Society Luncheon in Austin, Texas.  Harvey Pittel, world renowned saxophone player and teacher, was the guest speaker.  As a young Sergeant back in the late 1960s, Harvey played sax in the West Point band for three years (see the connection?).  Harvey had us all in stitches recounting stories of the sax player with a Masters Degree in Music going through basic training at Fort Benning, GA.

Harvey is a magnificent musician, and he graced us with some of his playing.  But where his talk got super interesting for me was when he matter-of-factly stated that at West Point he continued to study his craft and “learned to play all over again.”  So, there was a saxaphone player with a masters degree in music in the West Point band who went back to square one and began anew.  I asked Harvey to expand on this.  Here’s what he shared:

“Although I had been playing since I was 7 years old and had a masters degree in music from Northwestern, I did not like my sound.  I had a vision for how I wanted to sound, but I was not there.  When I was in the band at West Point, the band leadership encouraged us to study and continue to learn–and they put their money where their mouth was with funding to help.  The West Point band allowed me the time to start over.  And they gave me permission to experiment and take risks.  I began studying under Joe Allard at the Julliard School in New York City.  I relearned how to do a  lot of physical things, and I changed the way I held my mouth.  But the biggest insight Joe shared right away is that I sounded like Harvey Pittel trying to sound like someone else. He challenged me to be my authentic self.  Thus began 15 years of lessons with Joe.”

Curiosity and a passion for learning are fundamental to success as leaders today.  The West Point band obviously valued learning and helped put into motion the continued development of one of the world’s best sax players.

What can we take away from Harvey’s story?

How can we foster a learning culture in our organizations?

“Continuous learning is the sauce that success is sautéed in!” –George Purcell